Welcome to Dacayana Eskrima Cumbria. The home of Filipino martial arts in Cumbria. We are an authorised school of Dacayana UK & Europe. 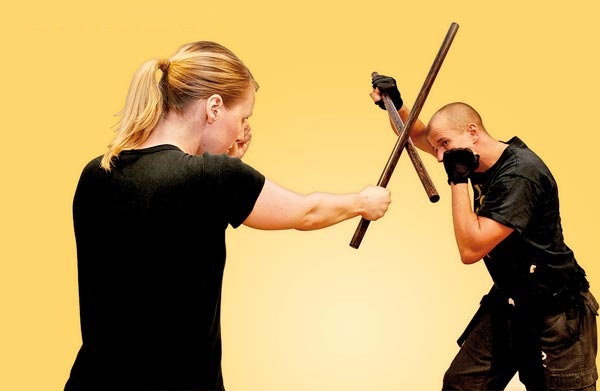 Tired of regular gym classes? Looking for something different?

The Dacayana System of Eskrima was founded by Grandmaster Alberto ‘Jun’ Dacayana of Cebu City, Philippines.

Eskrima Cumbria through Dacayana UK & Europe are authorised from the World Headquarters in Cebu.

The Dacayana system is a very Effective, Unique and Beautiful system.

Eskrima (also known as Arnis or Kali) is a weapons based Martial Art which comes from the Philippines. It has a very long history of combat effectiveness. Only recently has this art become more conspicuous in many countries and enjoyed the popularity of other more traditional Asian arts. Its difference from other Martial Arts is that the student is taught to train with weapons from the very start, rather than starting on empty hands training (like many martial arts do).

Despite first appearances, Eskrima is not just about wielding sticks…in fact most Filipino systems include several weapons categories that help to train the practitioner in empty hand skills as well as weapons. The weapons are often learnt first and the use of weapons enhances the empty hand skills of the student. In Dacayana Eskrima we pride ourselves in having a totally complete Martial Art System comprising of 14 Modules and covering all possible weapons, ranges, techniques, drills, skills, tools and applications. It explodes the myth of Eskrima being just ‘stick fighting’!

Eskrima in the Movies and TV

In recent years Eskrima has made itself visible in Films such as:

The Bourne movies, with Matt Damon

The Taken Movies, with Liam Neeson

The Bond movie, Quantum of Solace with Daniel Craig

The Equalizer movies and Book of Eli, with Denzil Washington

The Hunted, with Tommy Lee Jones

Under Seige, With Steven Seagal

…..all inspired by and choreographed using Eskrima / Arnis techniques and fighting methods.

These films have helped the Art gain recognition amongst the general public.

However, the level of effectiveness of the Art has been well known and used for years by many of the worlds elite military forces.

Alberto or ‘Jun’ to his friends began with his studies in Eskrima with his late Grand Father Dalmacio “Enciong” Alicaway at the age of just 8 years old.

Jun’s Grandfather was not widely known within the world of Eskrima because generally, he did not teach outside of the family. His style originated from the island of Negros Occidental and he began to teach Jun because of the youngsters’ interest in Eskrima at this very early age.

The style that was passed on incorporated combat knife techniques from the Police Bantok Battalion who were charged with hunting the Japanese Soldiers during the time of occupation of the Philippine Archipelago.

Sadly Jun’s Grandfather passed away in 1984

In 1990 Jun continued to develop his training in Eskrima under the direction of his father Grandmaster Alberto Dacayana Sr.

Jun the went on to develop his own style of unique Indigenous Cebuano Martial Arts…eventually to be called the Dacayana Family System. For more information please see LINEAGE

Jun’s reputation has continued to grow and he was recognised as an Eskrima Master at a relatively young age.

Here is an excerpt from a letter written to Jun from the highly respected Grandmaster Ondo Carburnay of Lapunti Arnis:

The letter says “….now you have become a Master in spite of your youth, I salute you. Jun keep up the good work and share all that you have learned only with your chosen and most deserving students. Strive to live your everyday as a happy, upright and desirable person that your father expects you to be. I wish you were my own son! I would have been very proud of you as I watched you grow.

He was awarded Tribal Chieftain status in 2011 and can be known as Datu Olisi in recognition of Dacayana Eskrima.

The prestigious Datu title should only be awarded to indigenous peoples of good character.

There comes a responsibility with the title both as a role model and mentor to the local community.

Like many titles in the world of Filipino martial arts this can be mis-used, please don’t be fooled by those in the West who hijack titles for their own personal gain, within Dacayana UK & Europe we are VERY careful how we use them.

We have worked together with Grandmaster Jun Dacayana to provide a modular structured syllabus of 15 modules and one Associate Module for our students to study.

Dacayana Eskrima is a COMPLETE MARTIAL ARTS SYSTEM which covers all weapons, ranges, techniques, drills, skills, tools and applications. It explodes the myth of Eskrima being just  ‘stick fighting’! The system uses weapons to create ability and skill for every eventuality.

The modules are generally taught in this order with emphasis on the comprehensive Solo Olisi module for beginners. Students take around 2-5 years to become a Black Belt 1st Degree level in the system.

We then study the following modules from 1st to 6th Degree Black Belt:

Alicaway Combat Knife system (available to senior students outside of the Module system).